Get answers about the current release of MediaMonkey for Android

I have been an MM user for years and it is my favorite player so I wanted it in my new car.
However, my problems started with "Media Monkey requires version? of Google Services, please update.
After several attempts, over several days, I found the solution, clear data in Store and Services, reset, reboot and MediaMonkey sprung to life. Well, almost.
All the albums and tracks were greyed out and refused to play, I could play directly from "Files" but not albums, tracks etc.
Even though the tracks would play from "Files" I couldn't rate them, give them stars, if you will and playing "next" would refuse to play.
I did read, on the forum somewhere, that this could be a problem caused by an encrypted SD card and this may be fixed in the Beta version but.... it wouldn't let me install from the app store or the browser.
Also, but not unimportant, was the fact that even though I had all the Album art for the gigzillion Album folders in place, virtually no Album art was appearing. The search function, which is what I use most of the time, would result in the same greyed out tracks, although the folder was clearly visible and not in the slightest bit grey, unlike my hair, that which I had not torn out by this point.
So, to save me from complete baldness, is there anybody out there, to quote Pink Floyd, which I would love to play in my new car, who can help with my dilemma?.
Yrs, almost hairless,
Steve
Top

Hi,
Can you please give us bit more details about your car HeadUnit, where are the files SDCard/USB/Internal?

Thanks for your reply.

Hi,
Looks like you have one of the problems Joying Units have to assign NEW Storage ID on each Mount and MMA needs to rescan to correct New mount which on 64GB takes bit time eg. leave it on for 10-15 Minutes and then try to load MMA and play thru Folders.

Try to eject SDCard after you copy some files to internal Memory.

Have you tried to use USB ports?

Which are proven to be much more unstable and not so compatible.

I have one of these https://dasaita.aliexpress.com/store/600991 to be more precise https://www.aliexpress.com/store/produc ... 02885.html (One of first 4GB/32GB that were shipped with Android 6.0.1 but easy to upgrade to Oreo 8.0 thanks to XDA) which have steady development at https://forum.xda-developers.com/androi ... a-t3575155
Best regards,
Pavle
MediaMonkey Team lead QA/Tech Support guru
Admin of Free MediaMonkey addon Site HappyMonkeying

Thanks, Peke,
" leave it on for 10-15 Minutes and then try to load MMA and play thru Folders."
Like I said " I could play directly from "Files" but not albums, tracks etc." so it seems I got that far,

I'll have a look and see how MediaMonkey handles a USB set of files, I hadn't thought of that.
I'll try and get the MCU number for you, maybe even a screenshot if I feel adventurous.
I shall get on to that in the morning, after coffee.
Cheers
SB
Top

Here's the image for the MCU number.

And here's a shot of some other details.

Hi,
As I suspected it is not MTCD Unit that makes bit problematic for debugging as in most cases they are poorly supported by both seller and manufacturer where MTCx Units have very active XDA community and even several custom Firmwares and some of manufacturers are more than willing to cooperate and do several enhancements.

What do see when you go to "⋮" -> Options -> Choose Library folders and can you add SDCard and internal Storage and do you see any grayed storage listed?

Also have you tried to contact seller and see if there is an Firmware update or even upgrade system to Android 7.1.2 ?

FYI here info of my unit. 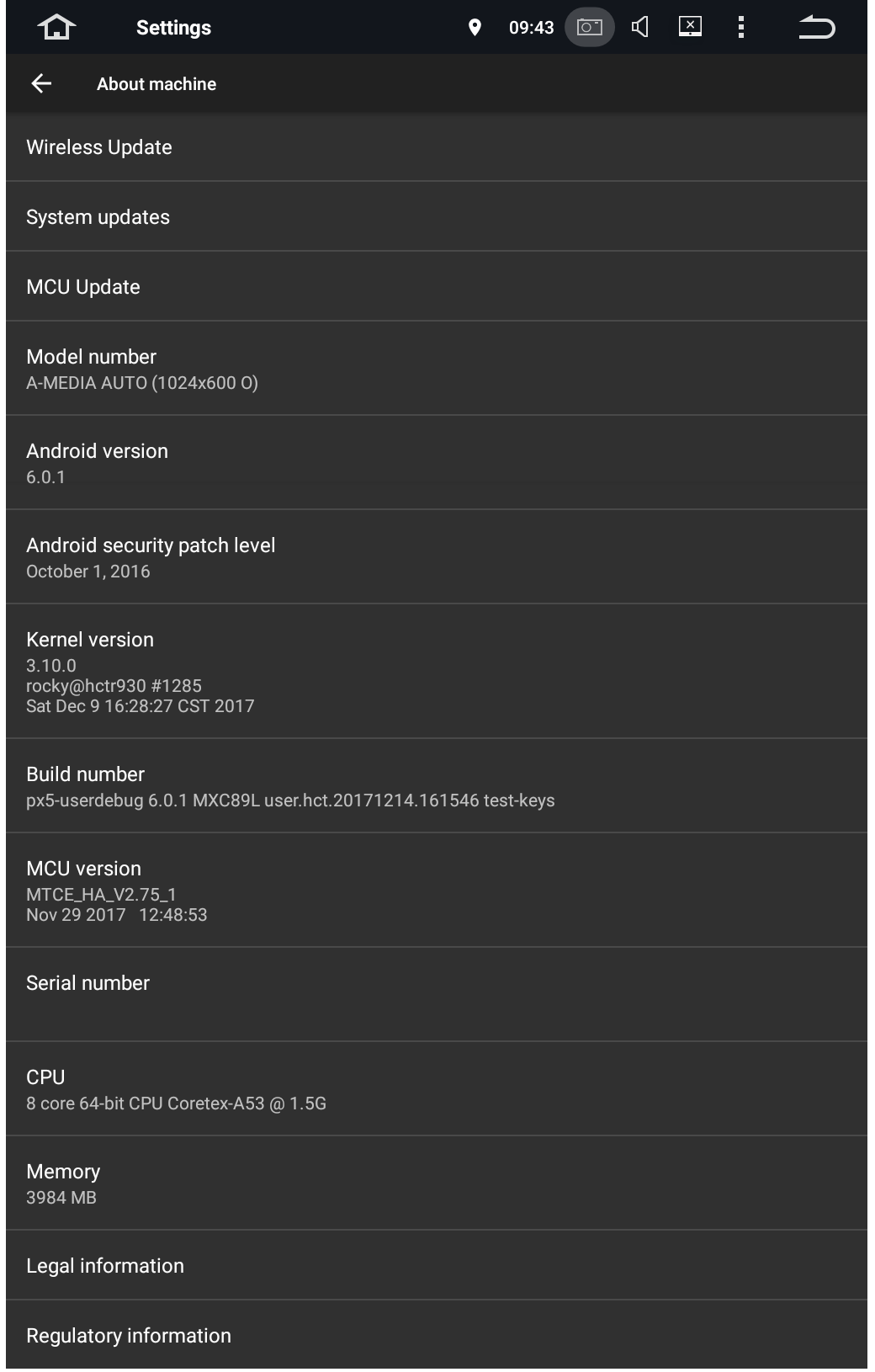