Skins for MediaMonkey v3.0 and higher

From MediaMonkey Wiki
Jump to navigation Jump to search

Go back to the main skinning page

Unlike previous versions of MediaMonkey, version 3.x no longer permits the use of skins designed for Winamp. This includes both 'Modern' Winamp skins (for use with Winamp 3.x/5.x) and 'Classic' Winamp skins (2.x). Winamp skin files have the filename extension .wsz (Winamp Skin Zipped) for version 2.x and .wal for version 3.x.

The default skin for MediaMonkey 3.x is Morten's Glided Skin; the other skin included in the install package is VitreousBlue. Users seeking a skin similar to Winamp's default skins should consider Nohitter151's conversion of Black Monkey.

Note that only when using skins that have an included 'mini-player' format will the mini-player option be accessible from a button in the upper-right corner of MediaMonkey (adjacent to the minimize, restore, and exit program buttons). The mini-player is the feature through which MediaMonkey shrinks to basic player options and which most resembles other MP3 player programs.

To install a MediaMonkey skin: 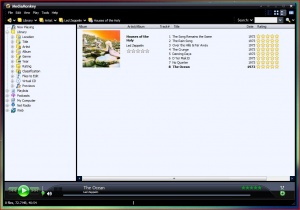 Notes: This skin is more inspired by WMP and it feels more like the original MediaMonkey skin. There are two versions available: The blue version (original) and the green version as shown in the screenshot 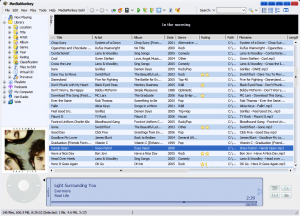 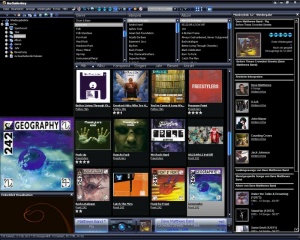 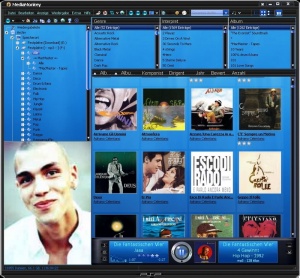 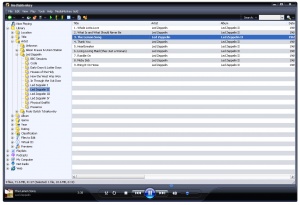 Notes: This skin tries to look like Windows Media Player v11 as much as possible. Some usability enhancements are made that are not available in WMP11 itself. 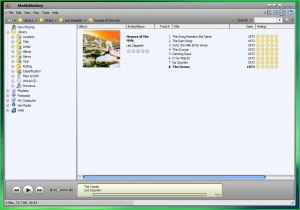 Notes: This skin tries to look like ITunes v7 as much as possible. Some usability enhancements are made that are not available in ITunes7 itself. 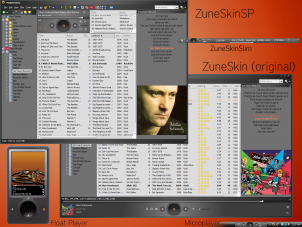 Notes: This skin is inspired by the Zune Media Player and has a definite 'Zune' theme. Thanks go to gege who designed the Micro Player. 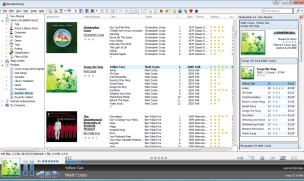 Notes: Nohitter151's first original skin . It is based strongly on the Windows Vista theme, all buttons and player layouts are his own original designs. This skin makes use of the font Segoe UI, a font that is preinstalled on Windows Vista. If you are on some other operating system you can install the font and MM will look as it does in the preview. 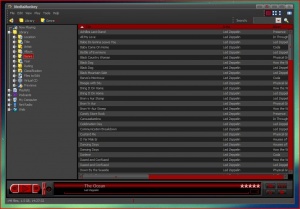 Notes: This skin has a nice red quality over itself and is based on the default theme.

Authors with More than 2 Skin Screenshots 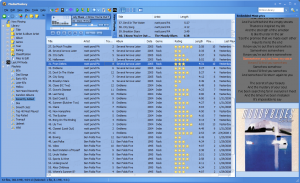 Old default skin by Blake and by Tommae88